New Literature on the Economics of Aging

Zaiceva, Anzelika & Klaus F. Zimmermann, Migration and the Demographic Shift, forthcoming 2016 in: J. Piggott and A. Woodland (Eds.), Handbook of the Economics of Population Aging, North Holland, Vol. A.

The chapter investigates the two-way relation between population aging and international migration. After documenting the trends for both, it reviews the supply-push and demand-pull determinants of migration, focusing particularly on the role of age and aging. It then subsequently analyzes the implications of migration in the context of aging for labor markets as well as for health and public budgets, including in the political economy context. Although immigration is sometimes suggested as a solution for the aging problem, the existing academic literature from different fields is more cautious about its role and potential. While large-scale selective immigration might contribute to alleviating demographic pressures, it is unlikely that immigration will increase to the unrealistically large numbers. The working paper version of this paper can be obtained from the authors. 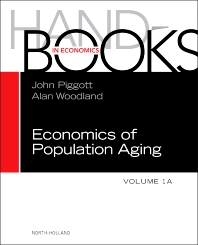 This entry was posted in Economics, Policy, Politik, Science. Bookmark the permalink.