The second conference will take place on

The inaugural conference of the AASLE brought together over 400 researchers and over 120 papers from around the world and was hosted by the Australian National University Research School of Economics in Canberra, Australia, from 7-9 December 2017. The event had been impressive and was a huge success.

See here for the conference program.

The Global Labor Organization (GLO) had early on welcomed this initiative and has supported it through a special GLO session. A large number of GLO Fellows were participating in the event and were presenting papers in other sessions.  The session was chaired by GLO Country Lead Australia, John Haisken-DeNew (Melbourne University). 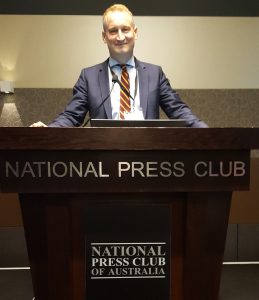 John Haisken-DeNew chairing the GLO session at the AASLE meeting in Canberra.

GLO President Klaus F. Zimmermann was presenting a paper in the GLO session and another one in a general parallel session. 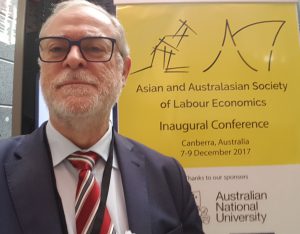