The Kuznets Prize 2018 will be awarded to Chunbei Wang and Le Wang of the University of Oklahoma. The prize will be given at a dinner event of the Global Labor Organization (GLO) in Washington DC on February 8, 2018. GLO supports the Journal of Population Economics, and the Editor-in-Chief of the Journal, Klaus F. Zimmermann (UNU-MERIT, Maastricht), who is also the President of GLO, is presenting the prize.

Chunbei Wang and Le Wang of the University of Oklahoma receive the 2018 Kuznets Prize for their article “Knot yet: Minimum marriage age law, marriage delay, and earnings,” which was published in the Journal of Population Economics (2017), 30(3), pp. 771-804. The annual prize honors the best article published in the Journal of Population Economics in the previous year. The article editor of the paper has been Junsen Zhang (Hongkong University) supported by his team of anonymous referees.

What does the article say?

There is a causal effect of marriage delays on earnings, with a stronger impact for females than for males. This works almost exclusively through more education for both men and women.

Her research focuses on immigration, entrepreneurship, gender, minorities, and family. Her work has been published in the Journal of Population Economics, Journal of Environmental Economics and Management, Research in Labor Economics, and Industrial Relations, among others. 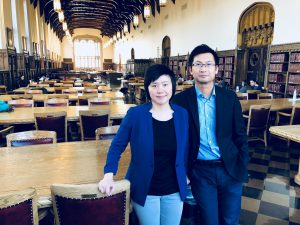 2  Abstract of the Winning Paper

“Despite the historical highs for age at first marriage, little is known about the causal relationship between marriage delay and wages, and more importantly, the mechanisms driving such relationship. We attempt to fill the void. Building on an identification strategy proposed in Dahl (Demography 47:689–718, 2010), we first establish the causal wage effects of marriage delay. We then propose ways to distinguish among competing theories and hypotheses, as well as the channels through which marriage delay affects wages. Specifically, we take advantage of their different implications for causal relationship, across gender and sub-populations. We reach two conclusions. First, we find a positive causal impact of marriage delay on wages, with a larger effect for women. Comparison of IV and OLS estimates suggests that the observed relationship between marriage delay and wages is attributed to both selection in late marriages and true causal effects. Second, we find strong evidence that the positive, causal effects are almost exclusively through increased education for both men and women.”

3  About the Kuznets Prize

Simon Kuznets, a pioneer in population economics, Professor Emeritus at Harvard University and the 1971 Nobel Prize laureate in economics, died on July 10, 1985. Professor Kuznets was born 1901 in Pinsk, Belarus, and came to the United States in 1922. He earned his Bachelor of Science in 1923, a Master of Arts degree in 1924 and his doctorate in 1926, all from Columbia University. During World War II he was Associate Director of the Bureau of Planning and Statistics on the War Production Board, and he served on the staff of the National Bureau of Economic Research from 1927 to 1960. Mr. Kuznets was a faculty member at the University of Pennsylvania for 24 years and Professor of Political Economy at Johns Hopkins University from 1954 until he joined Harvard University in 1960. He retired in 1971 and was given the title of George F. Baker Professor Emeritus of Economics. He was a former president of the American Economic Association and the American Statistical Association.

The Kuznets Prize has previously been awarded to:

2017: Binnur Balkan (Stockholm School of Economics) and Semih Tumen (Central Bank of the Republic of Turkey) for their article “Immigration and prices: quasi-experimental evidence from Syrian refugees in Turkey,” Journal of Population Economics 29(3): pp. 657-686.

2015: Haoming Liu (National University of Singapore) for his article “The quality–quantity trade-off: evidence from the relaxation of China’s one-child policy”, Journal of Population Economics 27: 565-602.

Period 2004-2006: Jinyoung Kim (Korea University) received the Kuznets Prize for his article “Sex selection and fertility in a dynamic model of conception and abortion,” Journal of Population Economics 18: 041-067.

Period 2001–2003: Olympia Bover (Bank of Spain) and Manuel Arellano (CEMFI), for their article “Learning about migration decisions from the migrants: Using complementary datasets to model intra-regional migrations in Spain”, Journal of Population Economics 15:357–380. 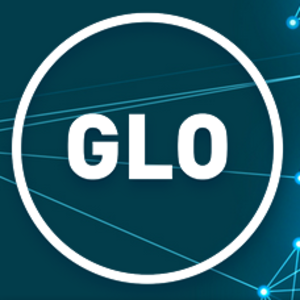 This entry was posted in Events, Media, Research. Bookmark the permalink.